Catherine’s communications work draws on her global experience and her leadership roles in the cultural sector.

As the Communications Manager at the Metcalf Foundation, a charitable foundation focusing on the environment, performing arts, and poverty reduction, she developed strategies, tactics, and campaigns to ensure that communications objectives reached target audiences through newsletters, social, and earned media.

At Medicine Hat College, she managed a music and dance program and implemented a strategic approach to community engagement that drove enrolment.

With the Strategic Regional Research Alliance, an urban affairs consultancy, she concentrated on making the complex issues involved in urban planning and transit in the Greater Toronto and Hamilton Area easier to understand.

And with the Governor General’s Performing Arts Awards Gala, she worked with show’s producer, to shape and write presenter’s speeches that were both entertaining and tight. 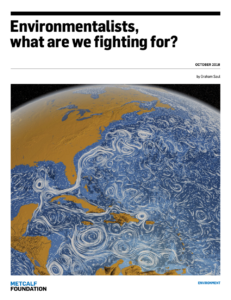 Nature Canada Executive Director Graham Saul faced a challenge. The Metcalf Foundation had funded his independent research report Environmentalists, what are we fighting for? In speaking with over 100 environmentalists, Saul concluded that environmentalism had a message problem — it didn’t have a single, coherent, unified message that people could grasp. But not only was it hard to develop an environmental message—it was even hard just to let audiences know about Saul’s report!

When I saw the document in the course of my work at the Metcalf Foundation, I recognized both the importance of Graham Saul’s report, as well as its need for some basic event and media management. I undertook media planning, delaying the release of the paper from summer to fall, (when current affairs programs enjoyed a more engaged audience). I secured interest in a half hour one-on-one interview on TVO’s The Agenda with Steve Paikin. I also pitched the producers at the CBC Radio show, Ideas. Finally, I reorganized the report’s release as a 45-minute lecture by Saul, which CBC recorded and broadcasted. I also coached Saul on the delivery of his paper.

The heightened media interest in the paper resulted in Saul being invited to address various parliamentary committees and also meet with politicians and deputy ministers. Meanwhile, the CBC Radio Ideas episode CBC Radio Ideas was so successful that the producers commissioned a second episode. As well, on the strength of Saul’s episode, I was able to secure three additional CBC Ideas episodes for other Metcalf work.

Medicine Hat College wanted to raise the profile of its unique Conservatory of Music and Dance in the south east Alberta community.

As part of my work as Manager of Visual and Performing Arts, I drove brand recognition and enrolment for the Conservatory by positioning the Conservatory and its programs as accessible and friendly.

Working with local community cable television, I created and hosted weekly television segments that showcased the talent of students and faculty. This proved to be a cost-effective, innovative, and productive approach to reaching local audiences and potential students.

The audience response showed that, with the right level and tone of outreach, southeastern Albertans could become engaged in, and excited about, and enrolled in the Conservatory programs.

Conservatory staff and students were featured in weekly segments on community cable,.

The Metcalf Foundation wanted to extend its reach to sectoral audiences (e.g. arts, environment, economic and social justice) as well as to general audiences interested in the work of the foundation and its grantees.

To do this, I introduced new storytelling formats, tightened and focused the Foundation’s messaging, and garnered best practises from peer organizations.

I was particularly proud to lead a team of website designers, photographers, and Foundation staff to design and launch a new website, which expanded existing content and storytelling.

Thanks to the new website and other activities, the Foundation and its grantees have attracted additional earned-media and received increased attention from key business, academic, and government influencers. The Foundation also made many new organizations and potential partners aware of its work and its funding. 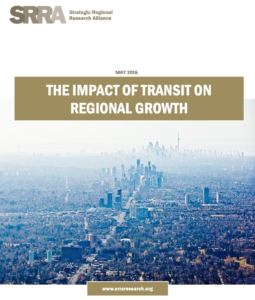 To build its emerging brand, I helped SSRA launch its series of urban planning and transportation related research studies.

I assisted the principals with writing, editing, and roll out of qualitative and quantitative research papers, each aimed at influencing and shaping public policy. I also participated in the SSRA’s presentations with local mayors and deputy ministers. 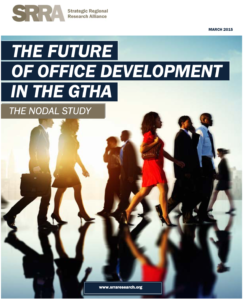 The response to the SSRA’s publications and outreach activities showed that Canada’s decision makers welcomed its blend of evidence-based research and new ideas on transportation and urban planning.

In 2016, the Governor General’s Performing Arts Awards Gala was going prime time: for the first time, the live ceremony would be recorded and broadcast as a television program.

Vérité Films was tapped to produce the show. Juggling many elements, from live acts, to short documentary films, and speeches, the evening need to be both entertaining and tight.

The producer brought me in to craft the presenters’ introduction for each award winner. They wanted the text to include the ceremony’s customary grace, elegance, and wit — but, this time, the presenters’ scripts also needed brevity and precision.

Working with the producer, I interviewed the winners’ friends and colleagues to shape and write each presenter’s intro. Using interview transcripts, I extracted themes and anecdotes to draft each speech using the presenter’s own words and then edited it to time.

The gala was a big success, helping to shift the awards to both a different medium, and to a much bigger audience. I was proud to help the producers create a memorable event for the viewers and for the honourees – some of Canada’s best artists, cultural leaders and creators, including singer-songwriter Susan Aglukark, tenor Ben Heppner, choreographer Marie Chouinard, playwright Suzanne Lebeau, producer Robert Lantos, and philanthropist John D. McKellar.