Long before she rediscovered one of the most talented lithographers of the 19th century and curated an international blockbuster featuring his work, Katharine Lochnan had dreamt of taking a trip to Ireland to explore her roots. When she finally found room in her busy schedule as Deputy Director of Research and The R. Fraser Elliott Curator […] 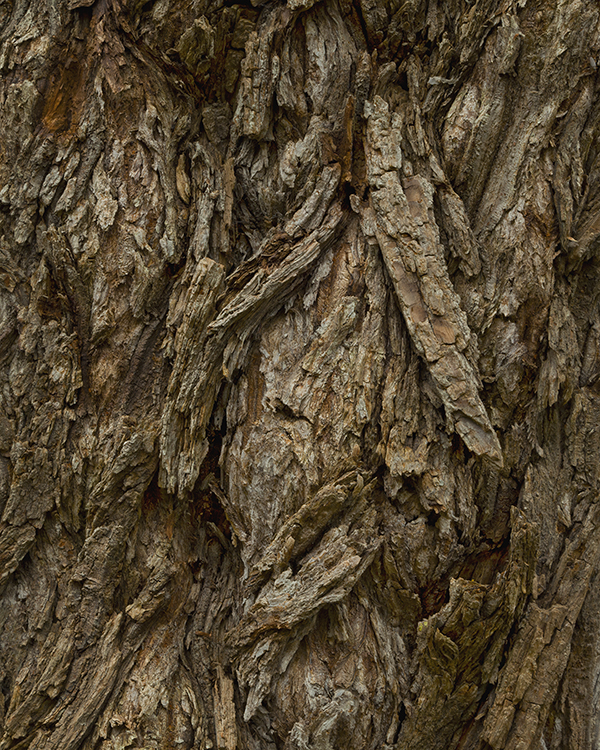 Johnnie Eisen’s recent exhibition Breath at Toronto’s Akasha Art Projects is a visually arresting show comprised of nine large-scale colour photographs, each one a tightly composed image of a single tree. Under Eisen’s gaze, the intricate yet simple beauty of tree trunks and the elaborate patterns of their bark is intimately framed. The photographs, with […]

Billed as the “first exhibit examining the history of women’s self-portraiture in Canada”, The Artist Herself at the Art Gallery of Hamilton was one best art shows I’ve seen in many years. It took a fresh and unique look at the work of Canadian women artists spanning the years from 1700 to the early 1960s. Composed […] 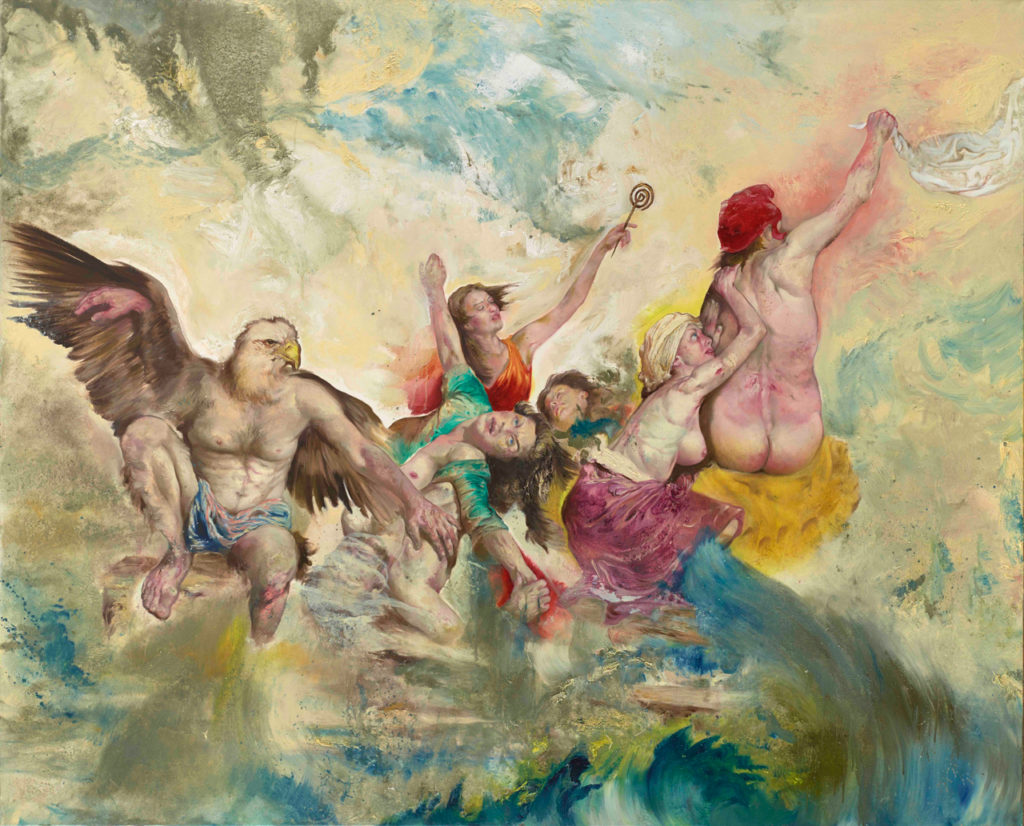 In the last two years, Sabina Sakoh has exhibited alongside international art luminaries Gerhard Richter, Georg Baselitz, and Sigmar Polke. Sakoh’s debut outing at New York’s esteemed Armory Show resulted in the sale of her painting December 2014 to a California collector. Not too bad for a German painter who is a relative newcomer to […]

In September 1998, while directing my first feature-length documentary, Just Watch Me,a film about the impact of former Prime Minister Pierre Trudeau‘s vision of a bilingual nation as seen through the lives of eight Gen Xers, I had the opportunity to travel to the Eastern Arctic city of Iqaluit, the capital of Nunavut. The trip from Toronto was and […] 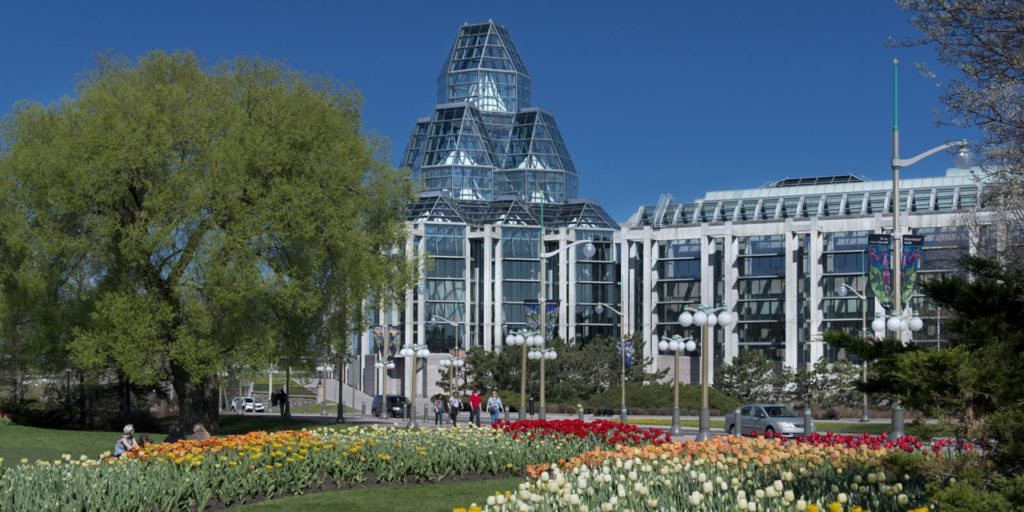 Marc Mayer has big plans for Canada’s sesquicentennial; he has committed to a complete redesign, reinstallation, and reinterpretation of the permanent Canadian and Indigenous collections at the National Gallery. As of May 2017, the now two separate collections shall be one. “We have two art histories in Canada: Indigenous art, which goes back thousands of […] 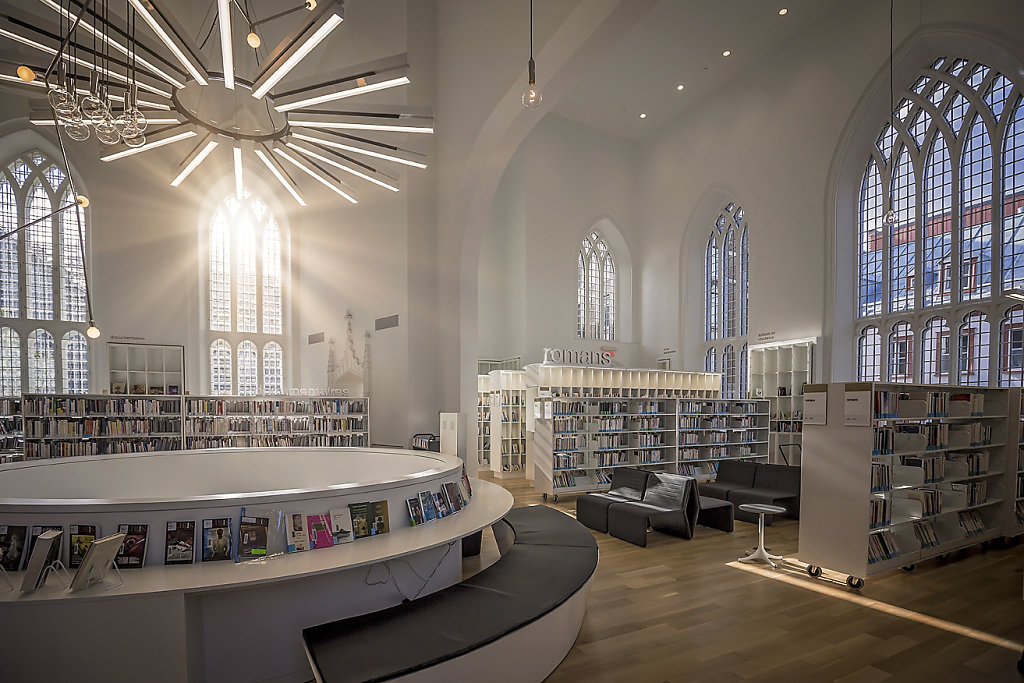 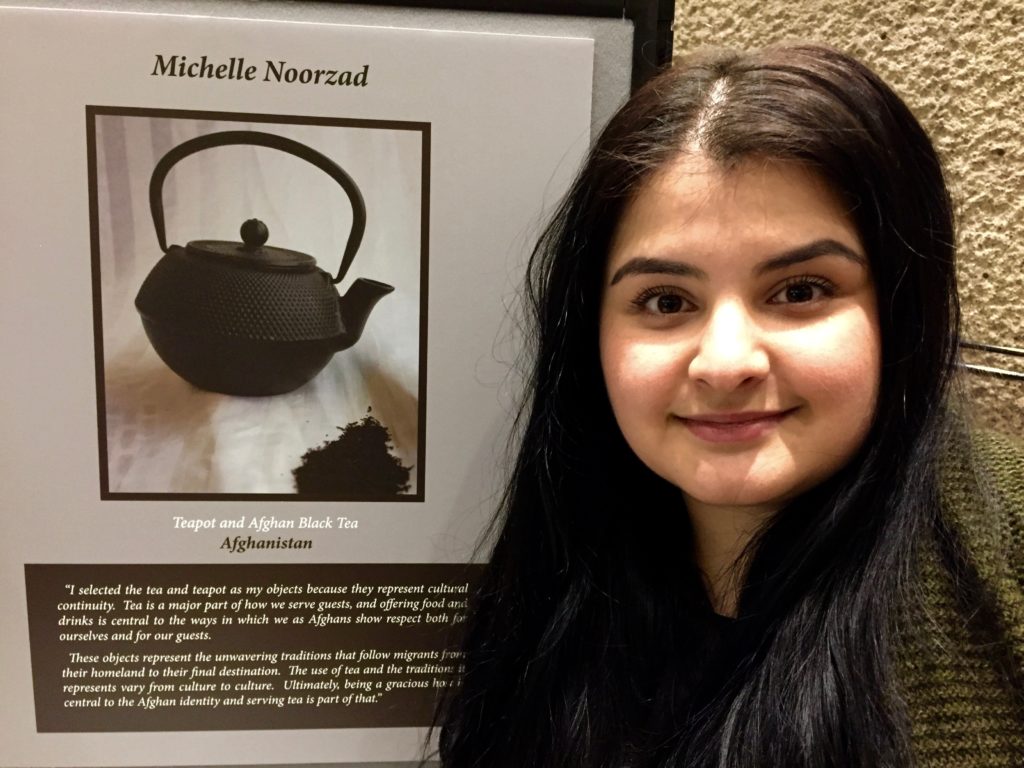 Home is where the heart is. Or so they say. For migrants and refugees home is something left behind, something that must be recreated anew. A process that is painful and frightening. And also one of profound optimism. It is an expression of the hope and belief in the ability to create a better life. […] 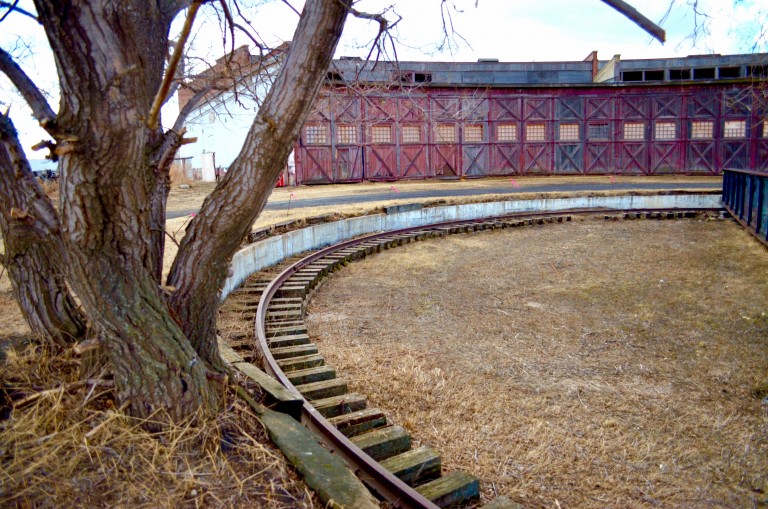 Nickelback is from Hanna, Alberta. But I only discovered that when I made the road trip. It was the tale of the ancient roundhouse that piqued my interest. Darryl was hanging art in my office in Medicine Hat and we got to talking. Having recently moved, he wistfully recalled life in Hanna, his hometown. “It has […] 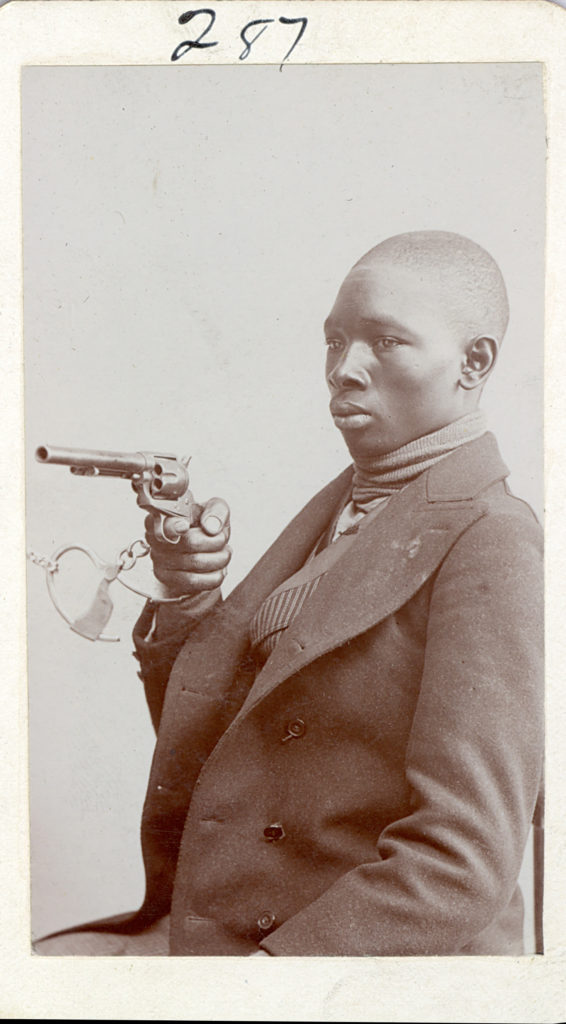 If sex sells, crime can pay. At least when it comes to creating a popular exhibit. Returning from visiting friends last summer, I pulled into the Dufferin County Museum to check out a travelling show, Arresting Images: Mug Shots from The OPP Museum. Stripped of the expansive criminal narrative of a Deadwood or Sherlock Holmes, […] 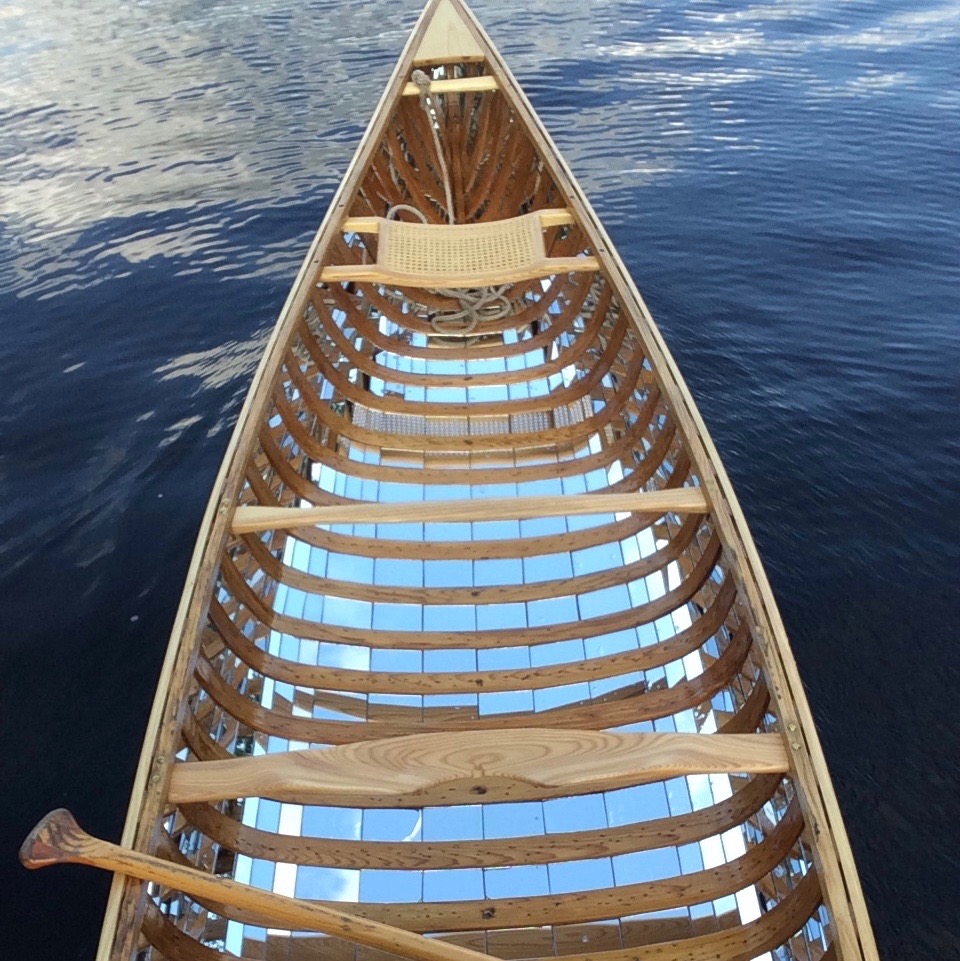 Canoeing is quintessentially Canadian. Pierre Berton, one of our great national historians and storytellers once quipped that  “a Canadian is someone who can have sex in canoe”. While it didn’t come to that, looking for something unique to do last year on July 1st, our national holiday, I enlisted an old boyfriend to come along […] 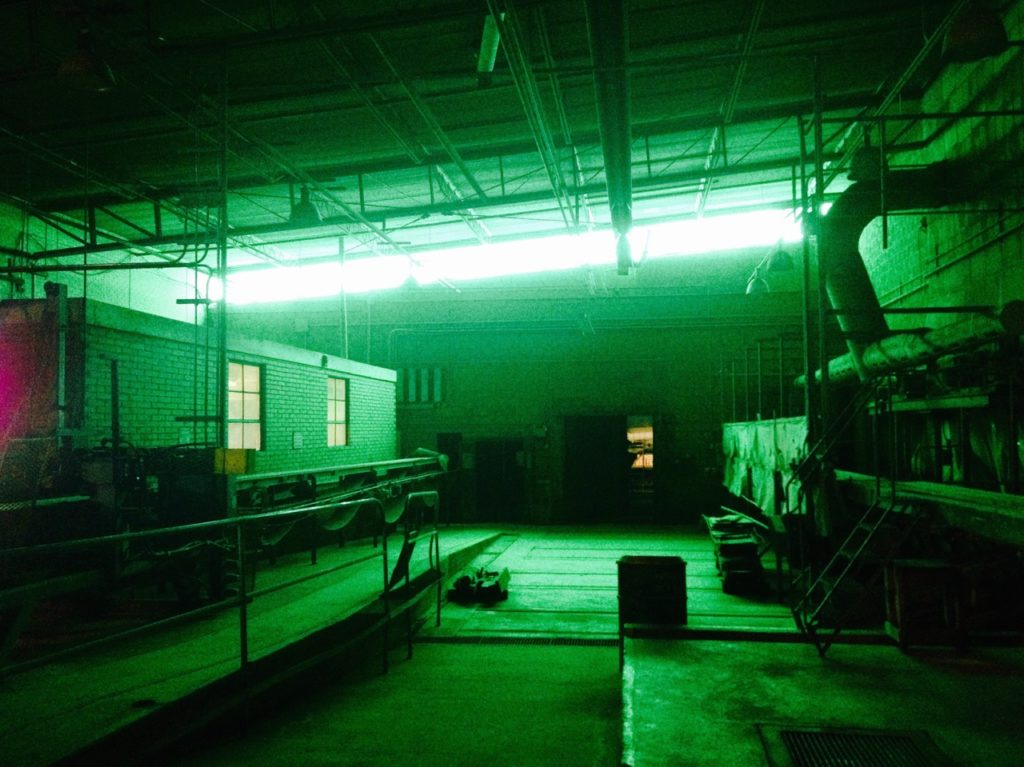 Medalta is one of Canada’s best-kept secrets. Nestled against the red cliffs of the South Saskatchewan River in Medicine Hat, this beautiful, old brick factory and clay works has become one of the premiere ceramic arts centres in the world. Occupying over 40 acres, the setting is a unique combination of bucolic and dramatic; the […] 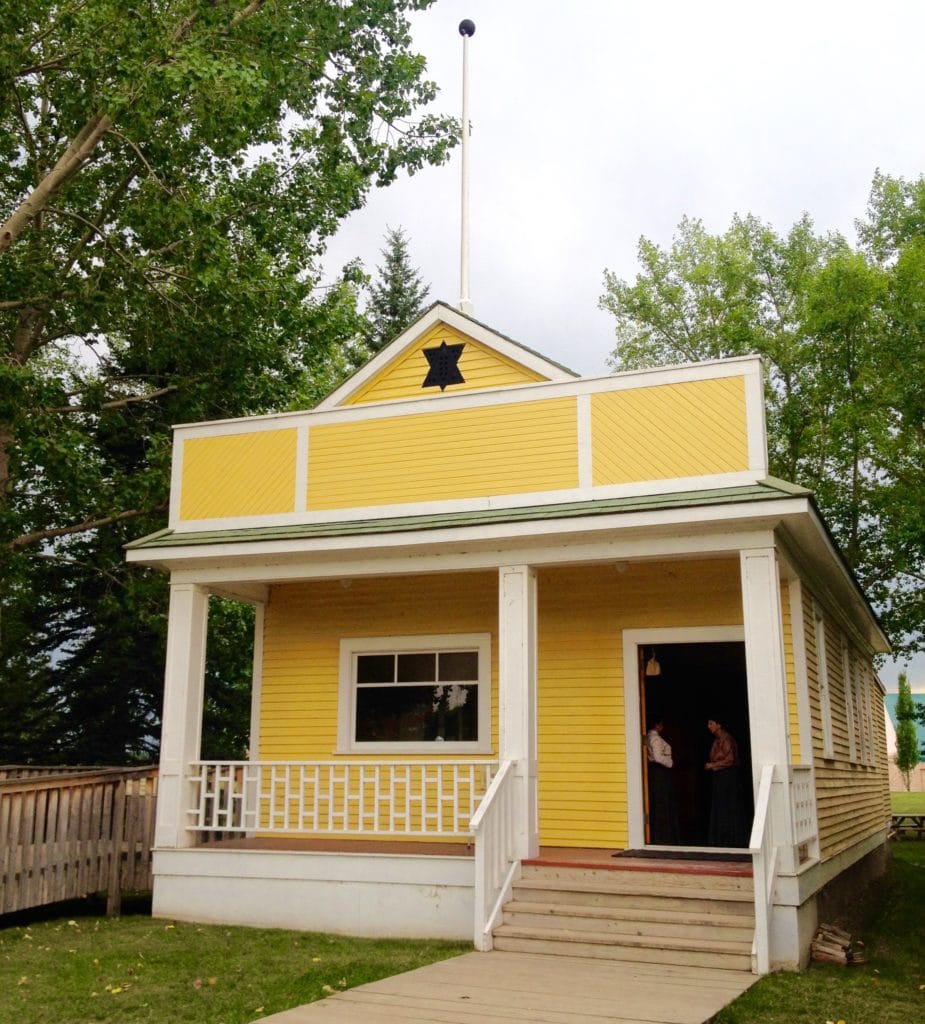 For a pioneer village junkie like myself, Heritage Park beckoned. With over 180 attractions and exhibits, this Calgary based theme park bills itself as “one of North America’s largest and most successful living history museums”. A veritable cornucopia of ‘all things heritage’ it has something for all ages and stages, including an operational early 20th century […] 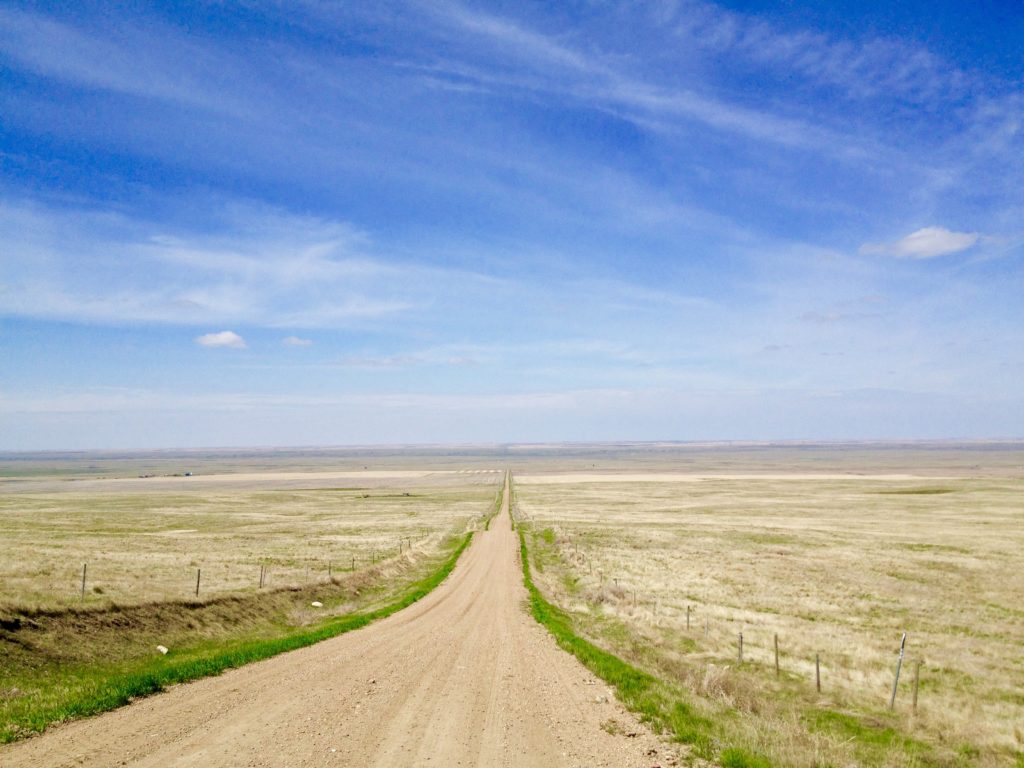 Though I am a big fan of the hustle and bustle of city life, the flip side of our increasingly urbanized world, is that small towns are not only being depopulated but they are also simply disappearing. In Canada, perhaps nowhere is this more visible than on the prairies. In his 1962 autobiography Wolf Willow, […] 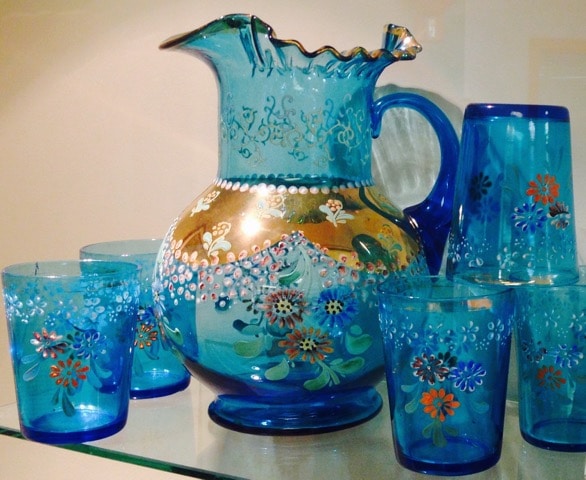 Last year, I spent a spell working at Medicine Hat College. Though founded in 1965 and thus a relative newcomer on the academic scene, the college laid claim to some history. Proudly displayed outside the C-Suites on the 2nd floor, was an old painted glass pitcher with several matching glasses. Bequeathed to the college by […] 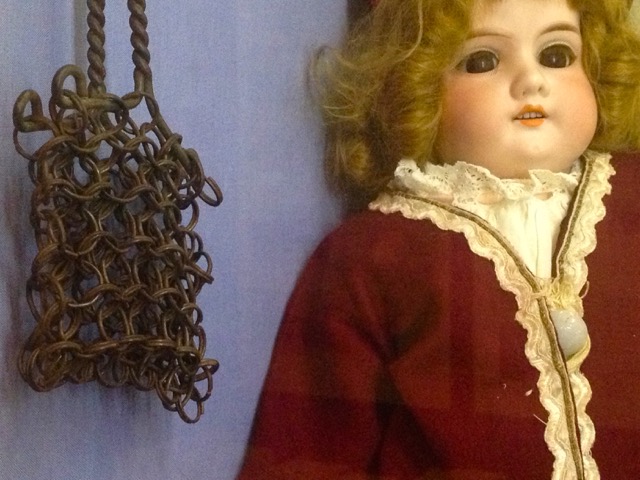 Friends, who know me, will attest that I am unable to resist a small museum or a good visitors’ centre. It is often in these out of the way and unexpected places that I find anomalies and treasures – objects that give me profound delight, not the least because they are housed in such unassuming […] 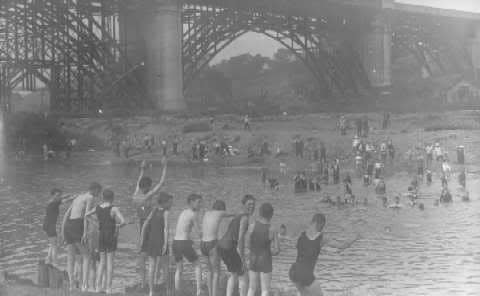 TIFF is currently in full swing and while there are many, many great films to screen, I recently came across a perfect gem of a movie on DVD, Electric Edwardians: The Lost Films of Mitchell and Kenyon. Sagar Mitchell and James Kenyon travelled through Edwardian Britain filming ordinary local people in the morning and then […] 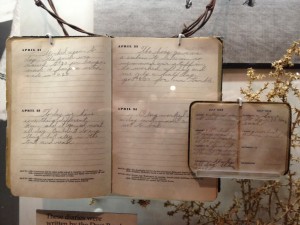 I found these two tiny leather bound Dust Bowl migrants diaries incredibly touching. I don’t know if these men were interviewed by Steinbeck when he wrote his 1936  journalistic account of the plight of migrants for the The San Francisco News (his fictional masterpiece The Grapes of Wrath came three years later). But reading the handwritten notes […] 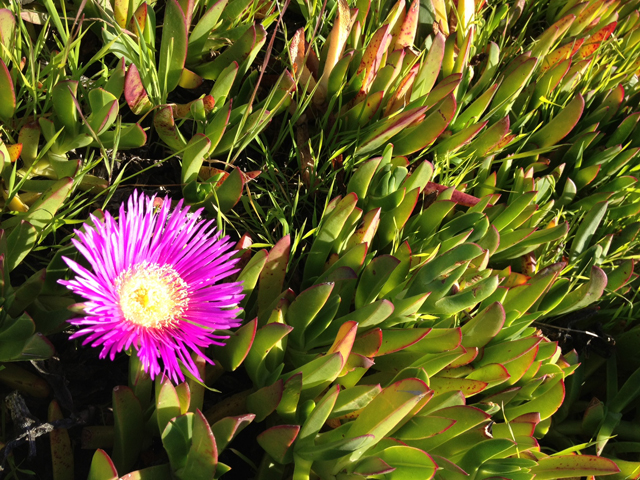 Just came back from a brief visit to San Francisco, hanging with Cousin Tom and family. What’s not to love?! Left a cold Canadian winter behind only to find myself a few short hours later wearing nothing but a sundress and shades. Spring is in the air, flowers blooming, and everyone was out and about […]